2009: Appealing to a New Generation

2009 saw the Charity Dreamgirls appeal to a new generation of volunteers with an X-Factor style competition rolled out across Calderdale in search for the Dreamstars – the young counterparts of the Dreamgirls. Judged by nationally respected musician Wayne Pollock, media personality, successful businessman and patron Terry George and salon owner Mark Riley, a group of talented young girls were rewarded by meeting Alexandra Burke. 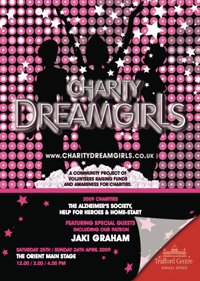 Another first for the Charity Dreamgirls saw them be invited to perform live on the Orient Stage with Peter Jones from the X-Factor at the Trafford Centre. This was a significant turning point in raising awareness to large audiences for their charity partners; Alzheimers Society and Home Start. In just one hour alone the Charity Dreamgirls were able to spread the word for their charity partners to 10,000 shoppers.

The Soul & Motown Revue saw a phenomenal performance by legend Candi Staton, who backed by the Charity Dreamgirls, performed her hits including ‘Young Hearts Run Free’. The Dreamstars took to the stage to flaunt their talent too. 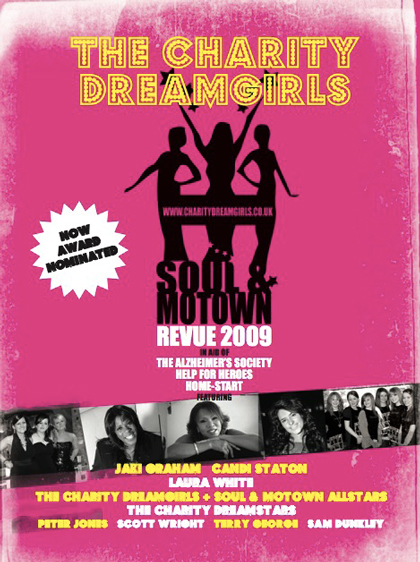